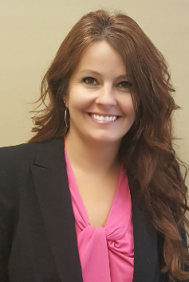 Hollie Bartone is the Director of Administration and Finance and she has held this position since July 1, 2016. She holds a A.A.B. degree from Lakeland Community College and a B.S. degree and M.B.A from Franklin University.

The Director of Administration and Finance is in charge of all departments of the City with the exception of the Safety Forces. She also serves as the acting Mayor for the first 72 hours during the absence of the Mayor from the City. After the initial 72 hours the responsibility is then assumed by the Council President.